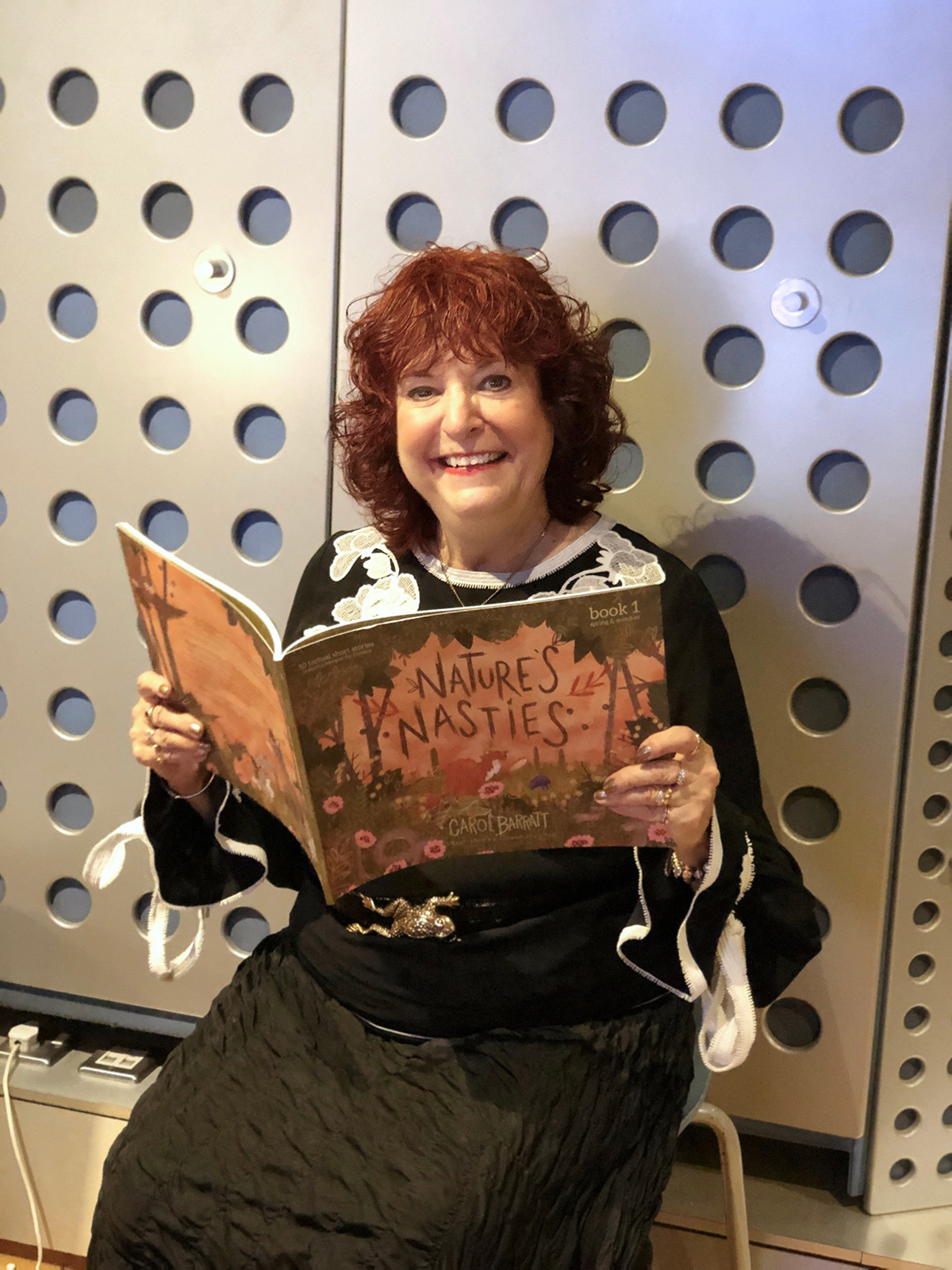 She has also written poetry for most of her life , contributing librettos to works (e.g Stabat Mater , The Peacemakers , Stella Natalis ) by her husband Sir Karl Jenkins.

“If you weep, O then weep
Like the water wheel, that green shoots may spring up from the cloister of your soul.”

In 2014 , Carol completed a children’s book titled Idwal : A Tall Tree and some Tall Stories. Her most recent book is Nature’s Nasties, beautifully illustrated by Ocean Hughes.

In 1997 Carol wrote with husband Karl, Eloise, which successfully combines the distinctive music of Karl Jenkins with a magical story, vivdly brought to life by Carol’s libretto.

Loneliness seems to be ever present , now that families are dispersed , many assuming that one needs technology to communicate.

Both words and music can have a profound effect on lonely people. When our son, Jody, was a young boy, we would sometimes visit old people homes. Whenever there was a piano present , Jody would play to the assembled throng of very often lonely people with lonely faces.

We could see an instant reaction, their eyes coming alive , and they would begin to talk about old songs that they remembered from their past.

When asked by Karl to write the words for a British Red Cross commission, I felt a special affinity with this charity that I have long admired.

The British Red Cross does so much to bring lonely people together. When I wrote the words below for Only Glad Tidings, I was thinking of these people , both here and abroad .

Under clouds of constant conflict
Kindness spreads like glowing sunshine
Joyful music calls the lonely
All are welcome , help is given